Venture into the desert and surrounds to find abandoned villages, an incredible temple, museums, and a royal cemetery.  We can plan a sightseeing tour for you with a personal driver to take you to the monuments and places near Jaisalmer. 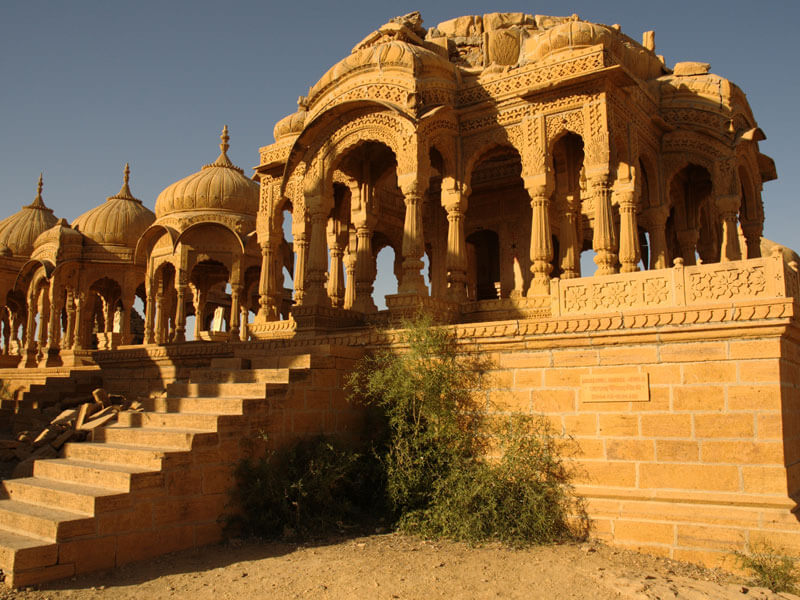 Bada Bagh Cenotaphs means “Grand Garden” and perched on a desert hilltop is an incredible historic Royal Cemetery constructed by the Maharajas in the 18th, 19th, and early 20th centuries. They are beautiful sandstone turrets above staircases with amazingly intricate designs. Walking amongst them your imagination will run wild, picturing an old majestic era. If you are looking to capture beautiful historic imagery this is a sight not to be missed. 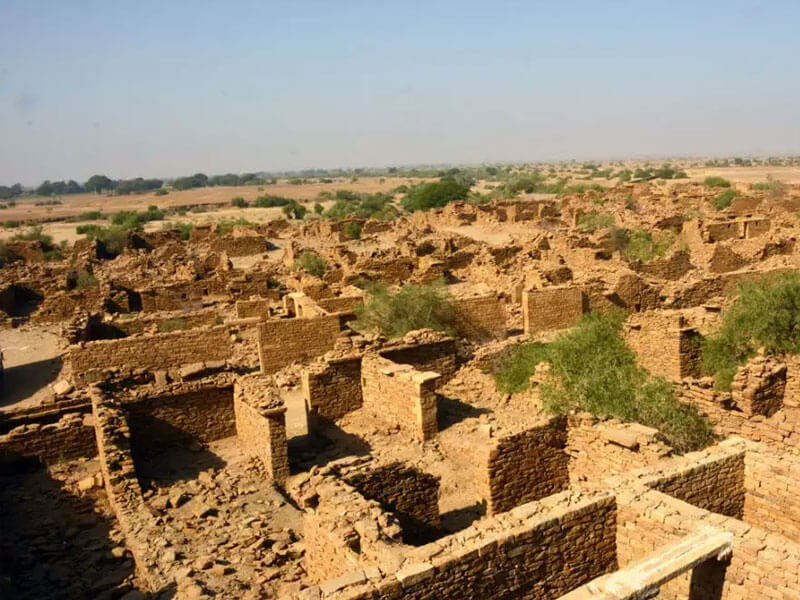 Once a thriving town, famous for being the last stop on the Silk Route in India, now stands in ruins and is believed to be haunted. The mysterious demise of this city has drawn treasure seekers from around the globe in search of the wealth that disappeared, as did its residents unexpectedly one night. Folklore suggests that the King of Jaisalmer fell in love with a beautiful girl from Kuldhara and demanded that she be his. In response to the demands, Kuldhara is one of 84 towns that disappeared overnight taking nothing with them. What happened to the people remains unknown. Their amassed wealth of gold, silver, and jewels was left untouched, and some are still believed to be buried amongst the ruins. The village is now recognized as a world heritage site. 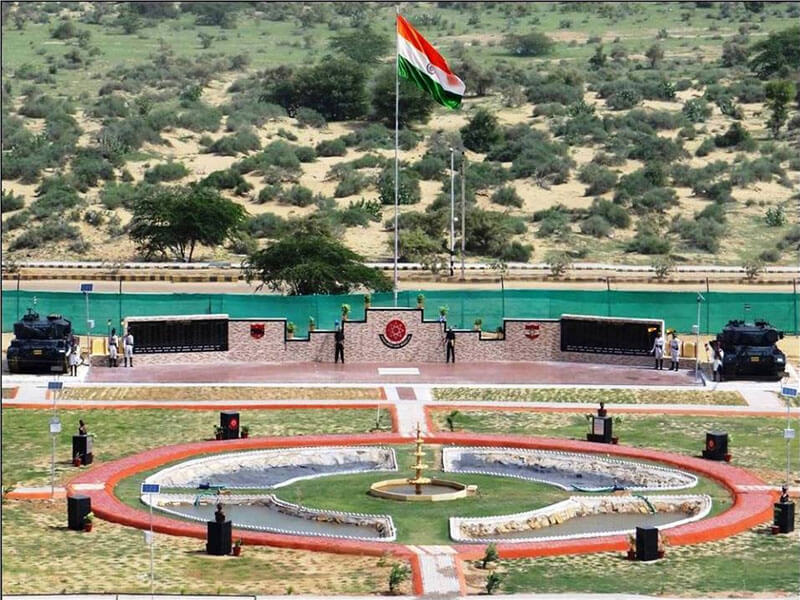 The Jaisalmer War Museum hosts war exhibits from operations carried out by the Indian Army between 1965 and 1971.  There is an Audio-Visual room, two large display halls featuring vehicles and military equipment as well as a Hunter Aircraft from the Indian Air Force.  There is an Honour Wall engraved with the names of Param Vir Chakra and Maha Vir Chakra gallantry award winners.  This museum is a must-see for those keen on war history and army artefacts.

The Jaisalmer War Museum is located on the Jaisalmer-Jodhpur Highway only 10 km outside Jaisalmer. 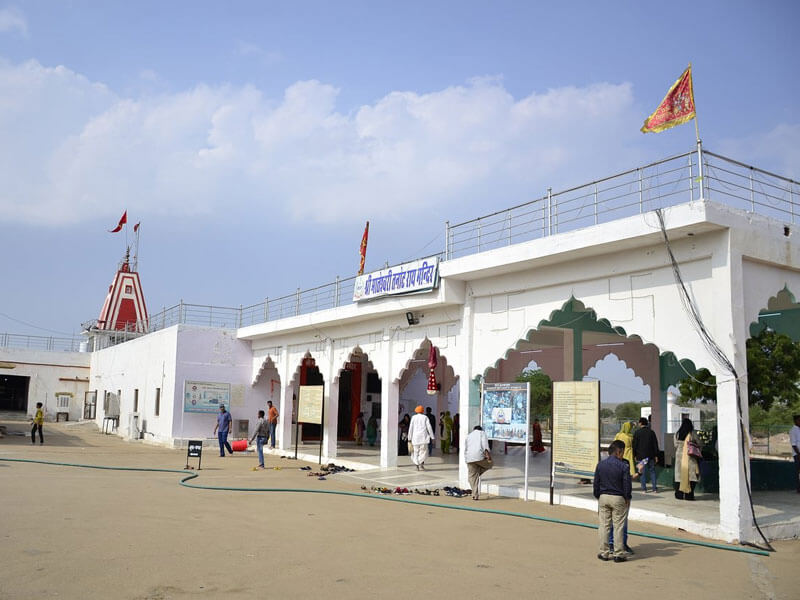 Tanot Mata is an incarnation of the goddess Hinglai Mata.  This temple is perhaps most famous for its proximity to the Pakistan border. Tourists are not allowed to go beyond this point without the District and Military approval.  It is also close to the battle site of Longewala of the Indo-Pakistan War in 1971.  Modern folklore credits India’s success to this temple and the divine goddess Hinglai Mata.  Legend has it that during the battle hundreds of bombs were launched by the enemy and approximately 400 shells that fell near the temple failed to explode, thereby protecting the locals and soldiers. Many of the shells are displayed in the cabinet of the Longewala War Museum.

Longewala War Memorial is a small but great museum that gives credit to the historic battlefield where 120 Indian armed forces successfully held out against 3000 Pakistani soldiers with 40-50 tanks.  The Indian army managed to hold their position for over six hours while waiting for aerial support.  The museum contains weapons, models, ammunition, photographs, and uniforms.  However, the highlight is the documentary screened in a theatre within a bunker that recounts the battle as it unfolded.  A visit to this museum can’t help but instill pride in the efforts of the Indian Army. 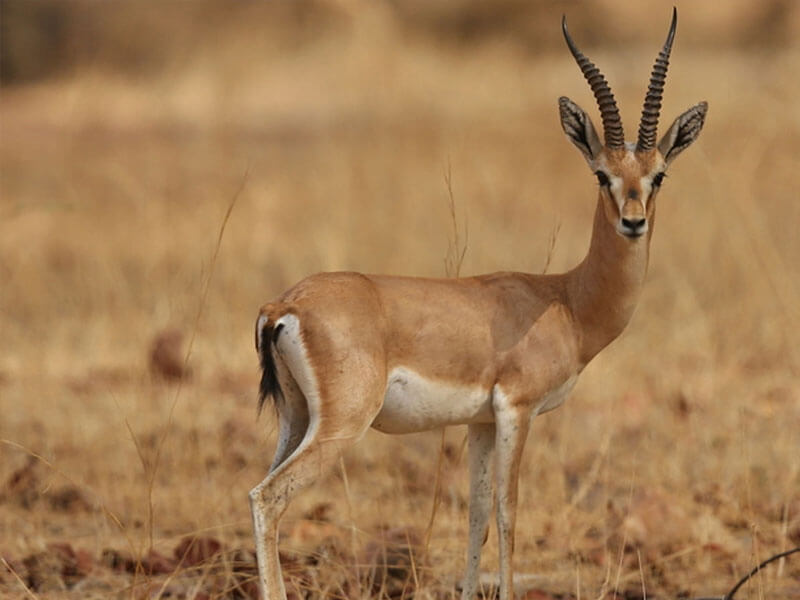 Spanning 3162 km², Desert National Park is one of India’s largest national parks. It is an excellent representation of the Thar Desert ecosystem, comprising craggy rock terrain, compact salt lake bottoms, and sand dunes. Despite the barren feel of this landscape, there is an abundance of birdlife in this area. Bird lovers would be hard-pressed to find a better place to spot the endangered great Indian bustard. Other birds that may be sighted are eagles, harriers, falcons, buzzards, kestrel, and vultures. Aside from birdlife, the park also boasts a collection of plant and animal fossils over 180 million years old and some dinosaur fossils approximately 6 million years old. The ideal time to visit the Desert National Park is between November and January. 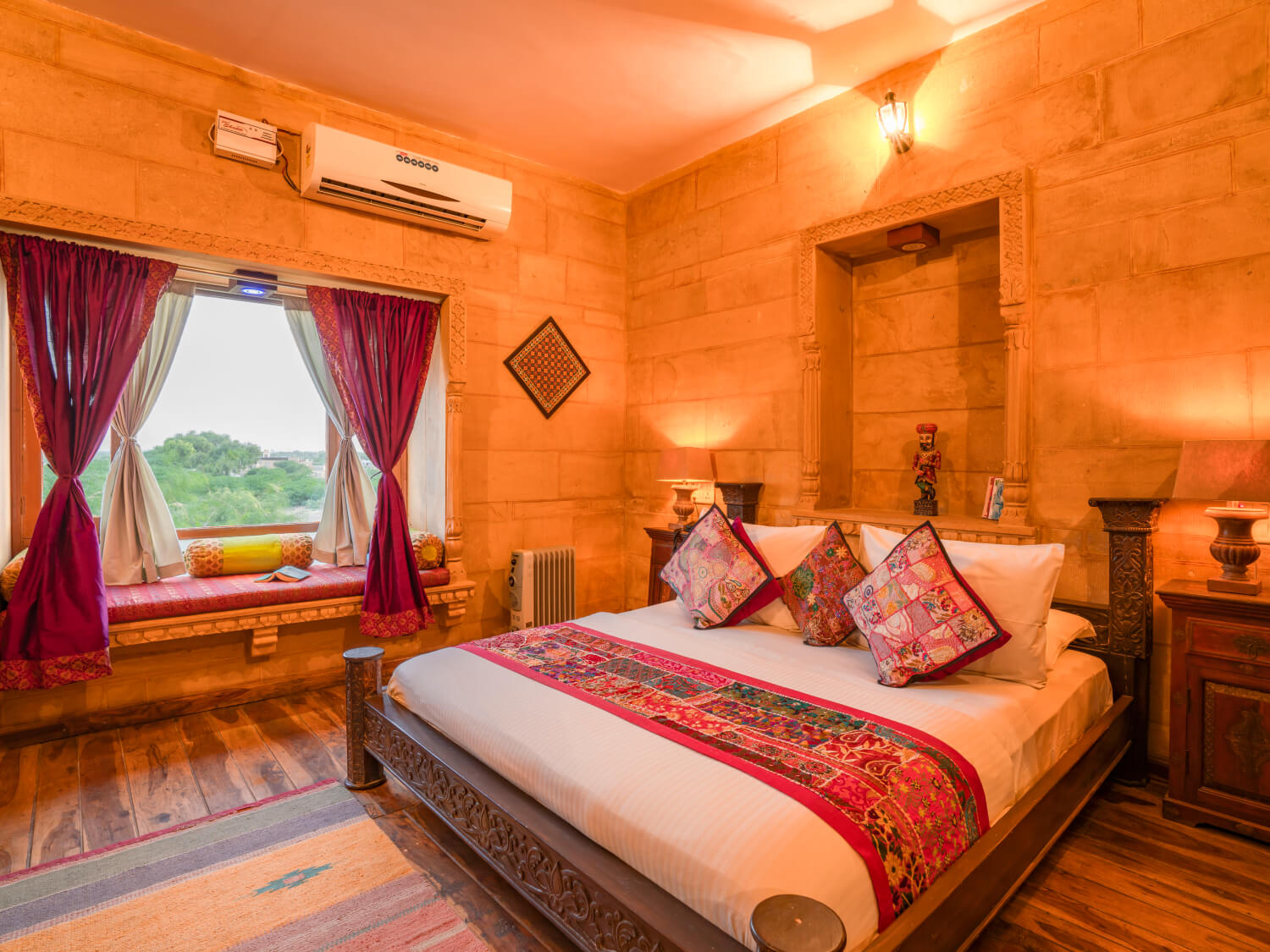 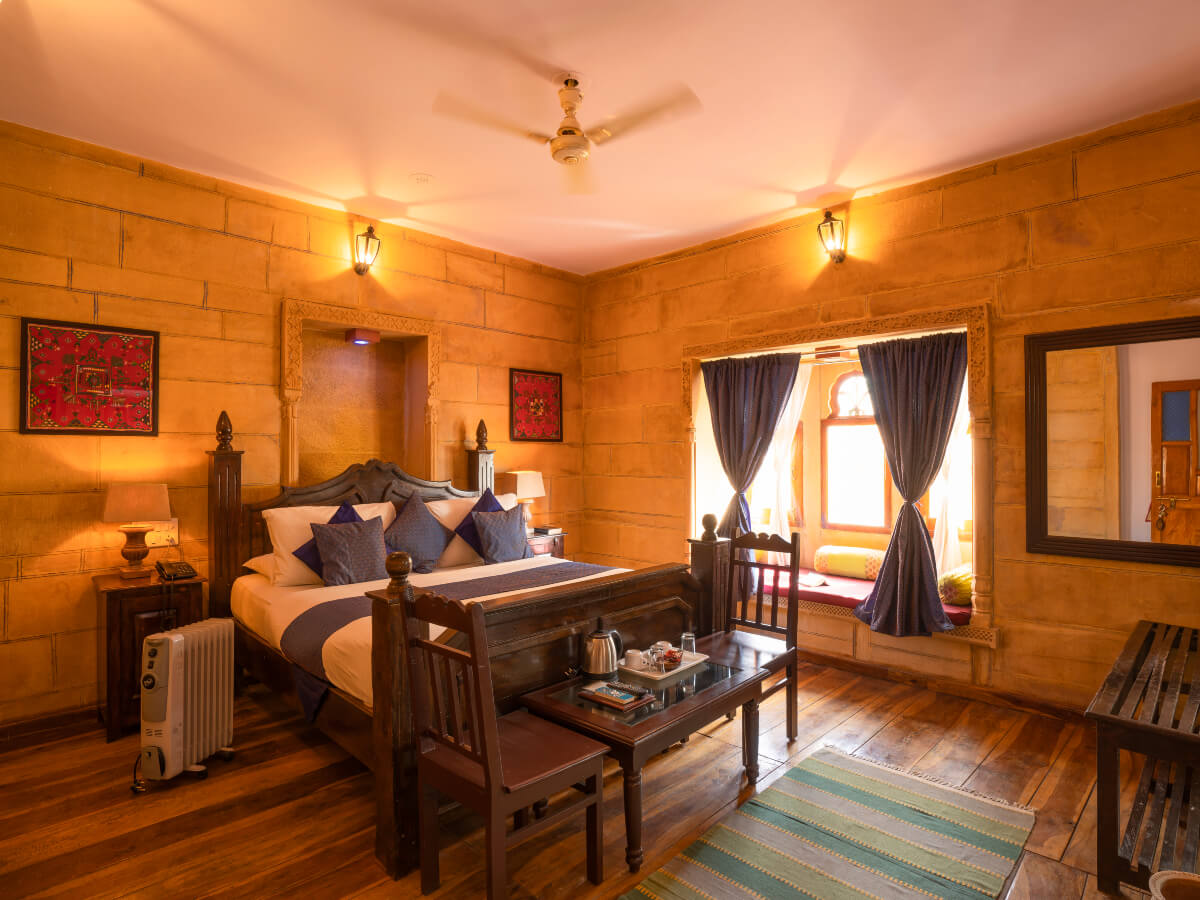 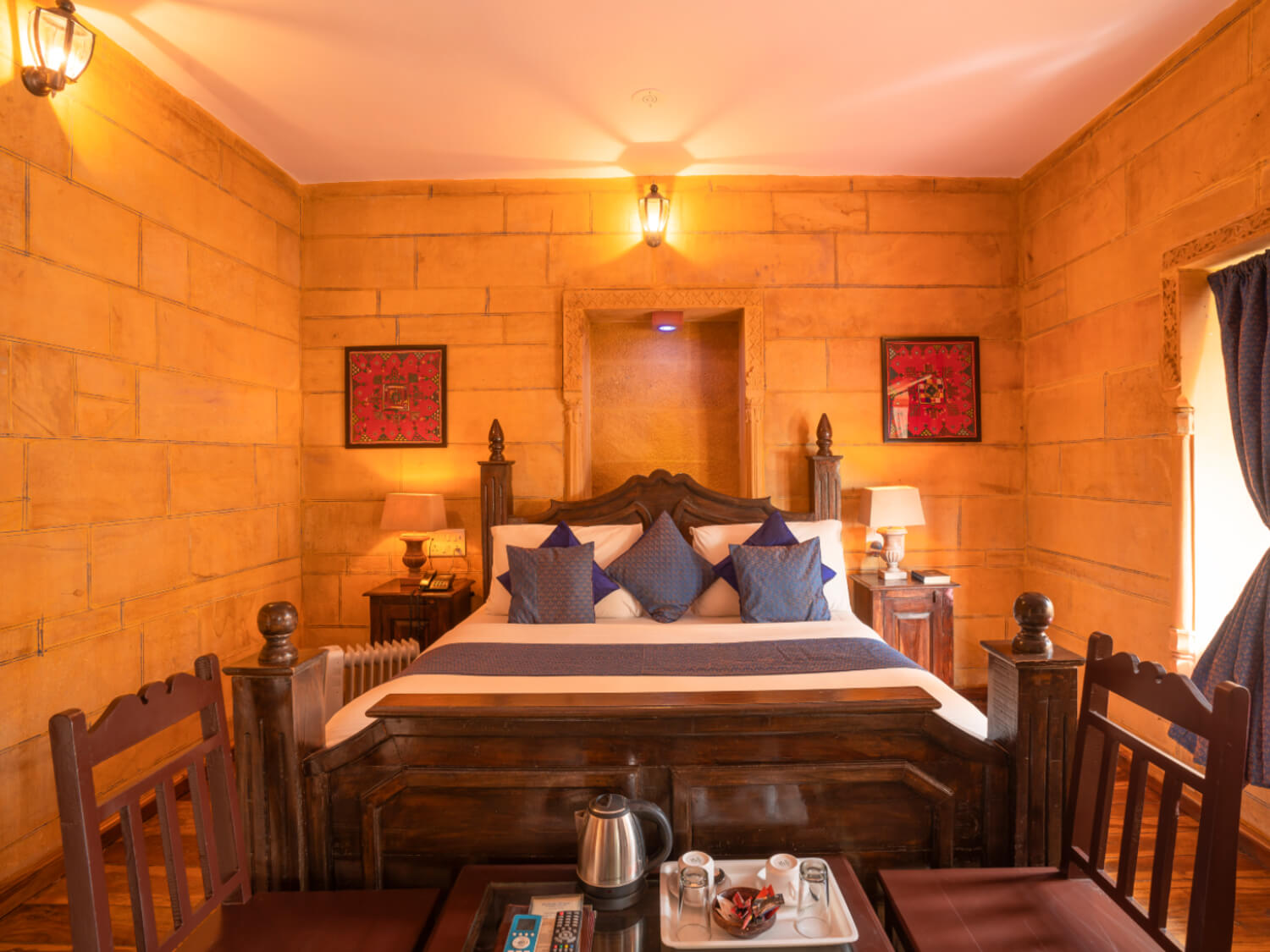 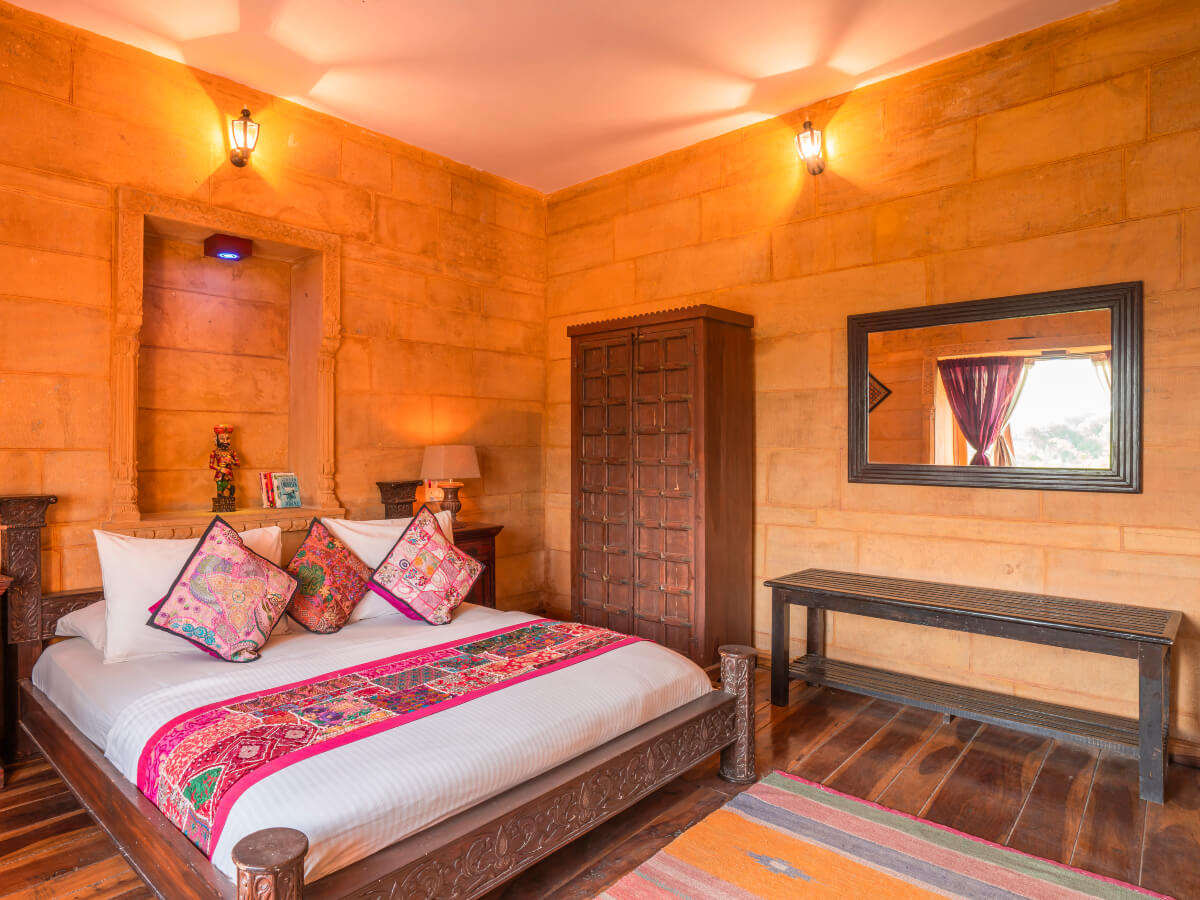